Taking inspiration from a random Auckland newspaper this blog will be separated into a rave and rant section. So first off the good stuff in Sydney.

After spending about 20 hours sat down and stuffing my face with plane food a bit of exercise was in order which is why I was delighted to arrive just in time for the 8am park run in Sydney park. Nothing too exciting but then on my way back to the train station I stumbled on some incredible graffiti art.

Then spent the rest of the day having a wander through Sydney. Went through the Royal Botanical Gardens which has plants from all over Australia and the world. My trip wouldn't be complete without including the opera house. 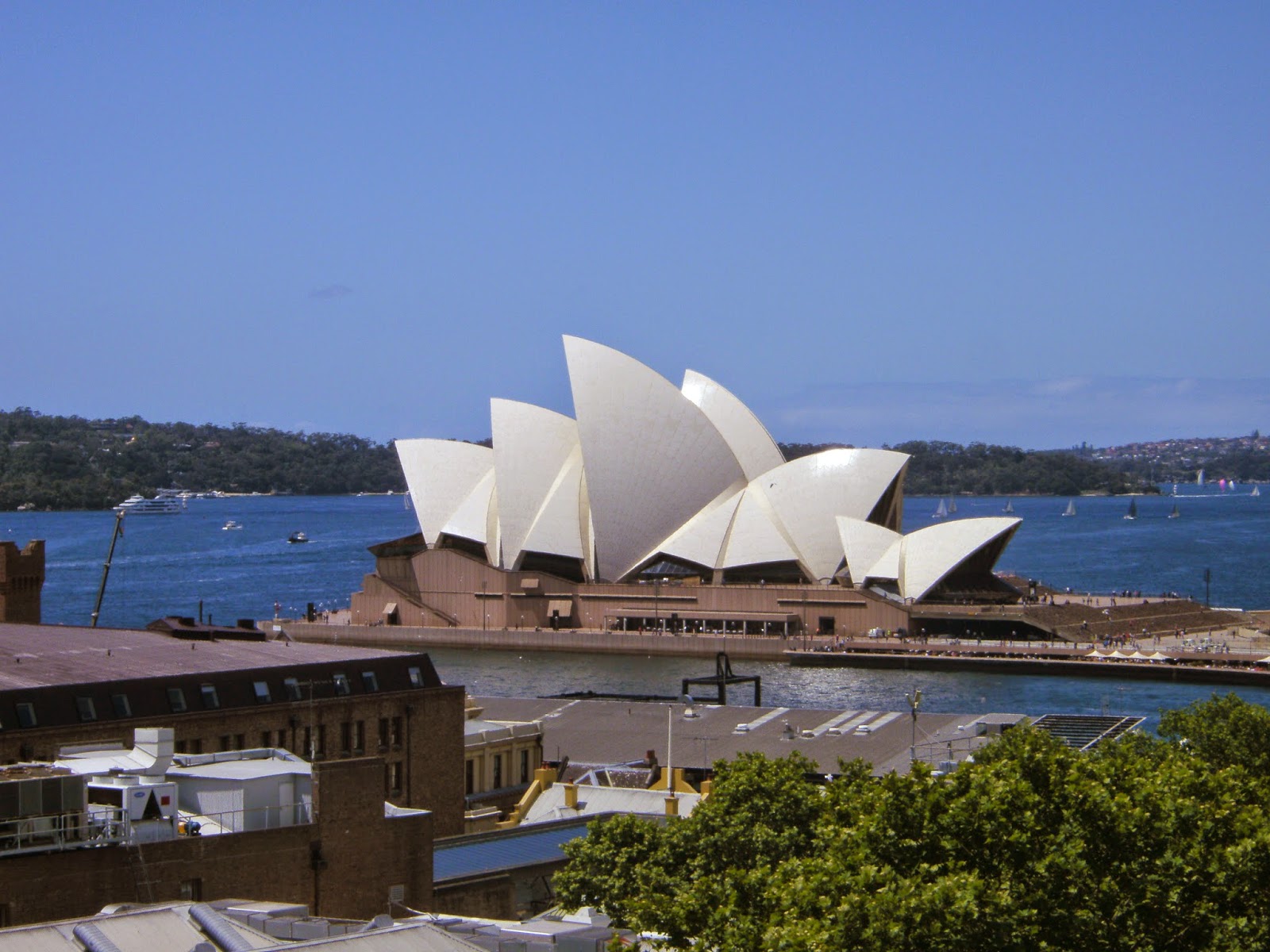 After finding a good place to take a photo of this landmark I decided my favorite place so far had been the botanical gardens and so I decided to go back there. While delighting in the tropical plants and birdsong I finally succumbed to jet lag and fell asleep on the grass. Really it's just sunbathing with your eyes closed. 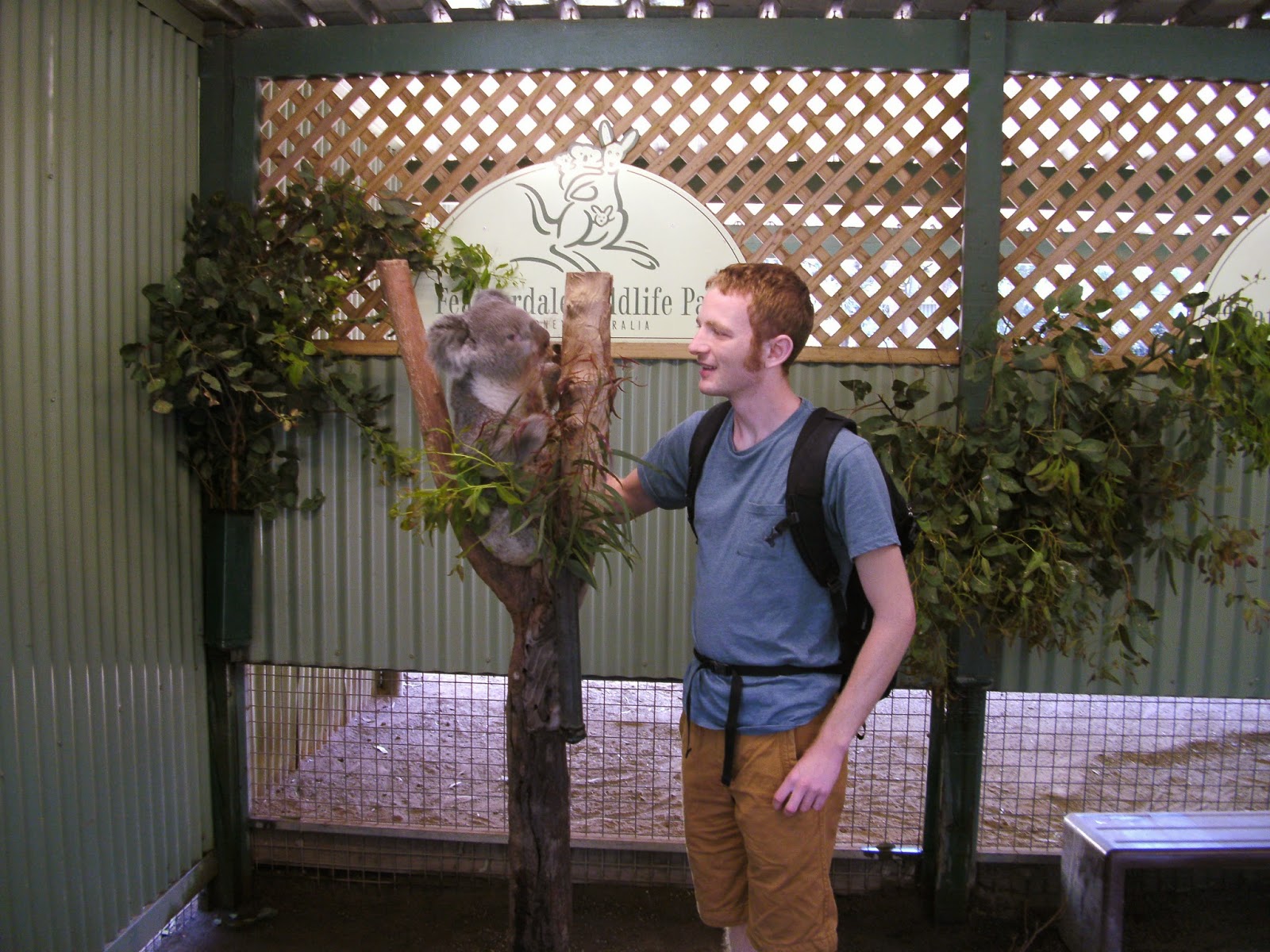 Day two was a guided tour to see some marsupials and the blue mountains. Our tour guide Brian insisted we all namedrop colourful trips when sharing pictures on facebook. First stop was the wildlife park which had every marsupial known to man some of which we were allowed to feed and stroke. Then it was off to the blue mountains so called because of the blue haze you can see in the distance. This is caused by the oils produced by the eucalyptus tree being released into the air. After heavy rain the blue haze goes and the view is all green. I could smell the eucalyptus everywhere and I'm sure I spotted one of our houseplants. It also had tree ferns which I have always loved. We had a 900 metre decent to see the rain forest.  I couldn't resist having a stop to immerse myself in the main 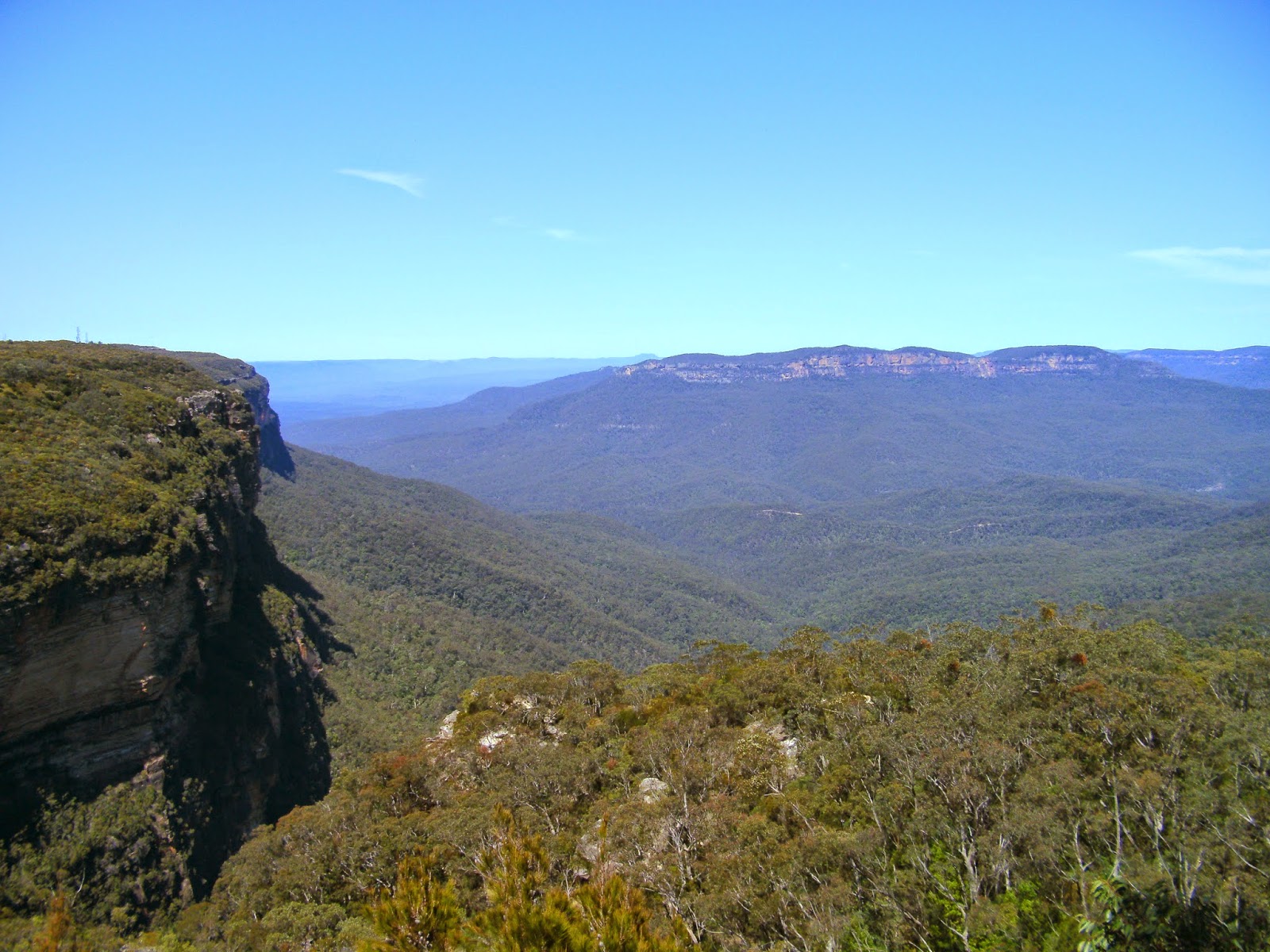 waterfall. The main pleasure was simply being present in such a lush tropical environment. On my final day I had a proper adventure in mind which was a 26km coast walk through the Royal National Park. This is the second national park to be opened in the world after Yellowstone. Once again the main pleasure was in simply being present. The sun was shining and there were magnificent views of pristine coastline to take in and sandy beaches to cross. At around midday I decided to have a break in the shade to avoid the most intense UV rays. This wasn't really necessary as while I hid in the shade the sky started clouding over. 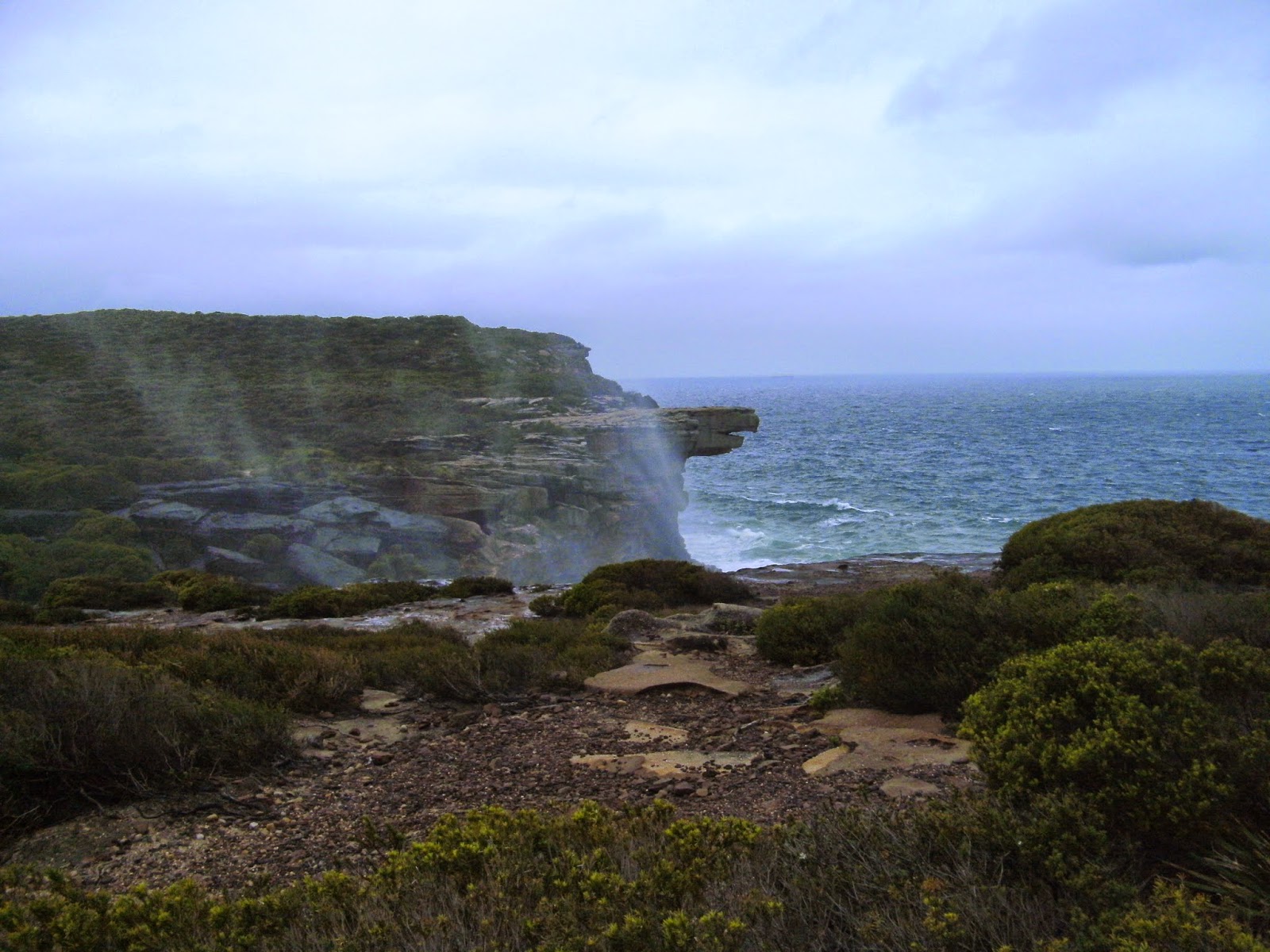 Before I knew it there was wind, rain and ocean spray flying over the cliffs. I hadn't brought my raincoat in the assumption the weather would be as good as it was in Sydney. At least it wasn't cold so I powered on along the coast. The weather settled on being overcast and cool and I was free to continue. Finished with an ascent through a palm forest. The adventure wasn't over as when I arrived at the train station I discovered only coins were accepted at the ticket machine. I had an hours walk to the next station. Fortunately the tried and tested method of looking lost and helpless secured me a lift hanging on to the back of a pickup truck part of the way. Walking through a piece of Aussie suburbia I decided to get $6 in coins my spending my $10 note on something costing $4. This was a pack of strawberries obviously. Didn't even need to do this as the next station had a proper ticket office.

So there is my wonderful time in Sydney. Now time for a whinge. My Grandma instructed me only to stay in decent accommodation. Unfortunately Base Sydney and Base Auckland do not merit such a description. My room in the Sydney was full of people who wished to stay up all night and talk/party in the room. I had to sleep in the corridor on the night before my coast walk. I sadly couldn't bring myself to have an angry abusive rant at them. Now in Auckland I have room mates who are all too happy to go to bed at a sensible time. Now the problem is noise and the light shining in through the window from the corridor.I tried turning this off but apparently this is against health and safety. Now Stephen you may say, surely such problems are to be expected in a hostel. This may be so but the youth hostel I stayed at in Pula managed to have a lively communal area at night while still having silent and dark rooms. Plus they included breakfast. It really unforgivable that Base can fail on such a basic level. At least the sheets are clean I suppose.